Several years ago, finding and classifying individual objects within an image was an extremely difficult task. Today, digital devices, using computer vision object detection, can easily and quickly identify the contents of images. This enables new ways of visual data understanding and analysis in various industries. Despite its advantages, traditional object detection can be highly inaccurate and not always suitable for the environment. Fortunately, we now have „oriented object detection“. Let’s find out what it is!

Traditional object detection helps locate objects in an image. It finds the objects you are looking for and places a bounding box around them. It does this by finding the coordinates of the objects and then determining their width and height. This is already a complicated task, but it still has limitations. This method of object detection predicts only horizontal boxes. If an object is rotated 45 degrees, there is a significant area within the box that is empty, and if there are other objects nearby, it may overlap with them as well. Fortunately, this problem can be solved using oriented bounding boxes.

Oriented object detection is an extension of traditional object detection and thus works in the same way. Normally, object detection can be done in several ways. The most common is the two-stage method which uses two steps to make predictions based on an image. In the first stage, the AI uses the features of the image to predict which areas contain an object. This can be seen as an initial guess. Then, in the second stage, the features in those parts of the image are used to predict the bounding box and class of the object (tree, person, car, etc.). 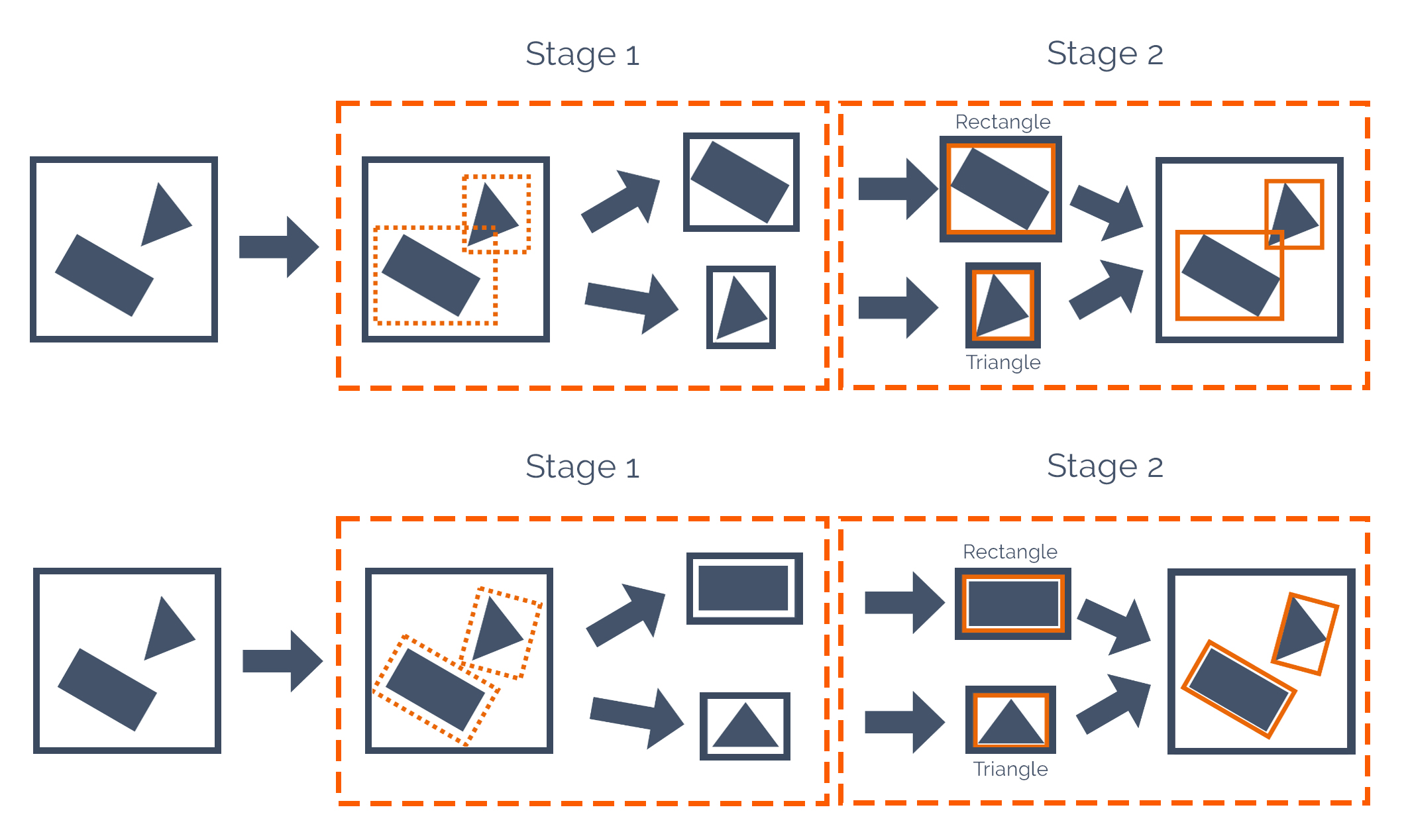 So, what are the benefits of oriented object detection?

Less overlap between subjects and less background within a box

It is better suited for detection in the wild, where objects are not always correctly oriented

Now you know the differences between traditional object detection and oriented object detection. Regardless of which it is, we can conclude that object detection offers a range of possibilities, including applications for real-time video surveillance, crowd counting, anomaly detection and more. Find out how our experts can help you with smart computer vision solutions for your business!

This blog is written in collaboration with Sander op den Camp – Junior Data Scientist at Mediaan.